Within Jeremiah’s oracles of judgment, the prophet provided to us a list of failed kings (a.k.a. “something to cry about”):

After the good king Josiah was killed in battle by Pharaoh, his son Jehoahaz became king but only reigned three months before Pharaoh exiled him to Egypt.

Jehoiakim was also Josiah’s son, but also a failure of a king.

Josiah’s grandson Jehoiachin then became king but he was exiled to Babylon and became a “broken pot/vessel.” (possibly a reference to being made a eunuch)

He concludes that “…none will sit on the throne of David, or rule in Judah anymore.”

Jeremiah then describes something he refers to as “The Righteous Branch.” He says that Judah’s other leaders only cared for themselves, but God promised He would someday raise up a righteous leader (“branch”) who would establish justice in the land.

God showed Jeremiah two baskets of figs – one good, one bad. The good figs represented the exiles in Babylon, whom God would protect, bless, and one day restore. The bad figs symbolized Zedekiah (Judah’s last king, and also a son of Josiah) and those who remained in Jerusalem. This faithless group would die by sword, famine, and disease. 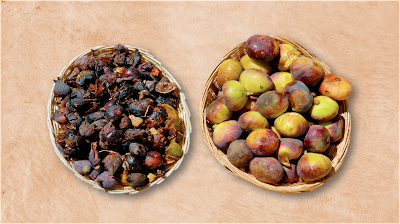 Jeremiah says that because the people of Judah refused to listen to the word of God sent by His prophets, they would be exiled and made to serve the king of Babylon for 70 years.

God would cause His people to drink the cup of His wrath, and to spread His wrath among all the peoples to which they would be scattered.

We then read about Jeremiah under trial. Jeremiah spoke against God’s holy city. His defendants pointed out that the prophet Micah had done the same thing during Hezekiah’s reign but was not punished. Another prophet named Uriah had preached the same message and then fled to Egypt, but was brought back and killed by Jehoiakim. Jeremiah’s life was spared this time.

Jeremiah put a yoke on his shoulders and told King Zedekiah that any nation that would not submit to Nebuchadnezzar’s yoke would be punished. The prophet Hananiah predicted that Judah would be safe. Hananiah broke Jeremiah’s yoke. Jeremiah told Hananiah that the wooden yoke he had broken would be replaced with an iron one. Hananiah died because he prophesied lies in God’s name.