READ IT! - Introduction to 2nd Chronicles 3-9 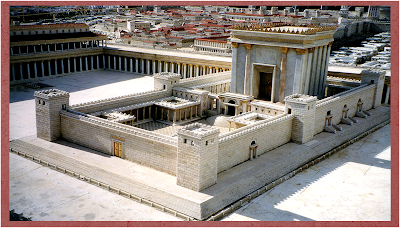 Solomon started work on the temple. He built the portico, the main hall, the Most Holy Place, two cherubim, the veil and two pillars.

Solomon made an altar, the Sea, ten lavers, ten lampstands, ten tables and the courts for the temple. Huram made the furnishings.

The priests brought the ark into the Most Holy Place. The singers praised the LORD and the glory of the LORD filled the temple.

Solomon said, "The LORD has kept his promise." He prayed, "O LORD, if anyone prays toward this place then hear from heaven and act."

Fire came from heaven and the Israelites worshipped. The LORD said to Solomon, "If you walk in my ways I will establish your throne."

Solomon built cities. He did not make slaves of the Israelites. He appointed the divisions of priests and Levites to their duties.

The queen of Sheba came to test Solomon and gave him gold and spices. Solomon excelled all the kings of the earth. Then he died.