READ IT! - Introduction to Proverbs 1-6 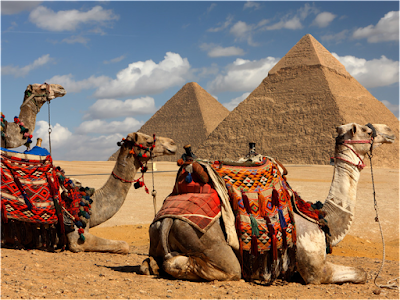 Ancient Egyptians collected short, usually optimistic sayings about leading a successful life. These collections are typically addressed from a teacher—called “father” or “mother”—to a student—called “child” or “son.” Egyptian instructional wisdom bears some resemblance to Proverbs.

“He said to his son: Do not become arrogant because of your knowledge, nor confident because you are wise. Take advice from the simple as well as the wise. You never reach your full potential, always having more to learn. Good speech is hidden like an emerald, but may be found as women grinding grain.”

“My son, if you receive my words and treasure up my commandments with you, making your ear attentive to wisdom and inclining your heart to understanding; yes, if you call out for insight and raise your voice for understanding, if you seek it like silver and search for it as for hidden treasures, then you will understand the fear of the LORD and find the knowledge of God.” – Proverbs 2:1-5

“Give thy ears, hear what is said, Give thy heart to understand them. To put them in thy heart is worth while, See [you] these thirty chapters: They entertain; they instruct. Do not associate to thyself the heated man. Do not carry off the landmark at the boundaries of the arable land.”

“Incline your ear, and hear the words of the wise, and apply your heart to my knowledge . . . Have I not written for you thirty sayings of counsel and knowledge . . . Make no friendship with a man given to anger . . . Do not move the ancient landmark that your fathers have set.” – Proverbs 22:17-28 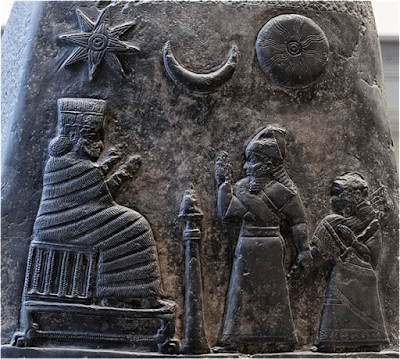 Ancient Mesopotamians composed lengthy, usually pessimistic monologues and dialogues about the lack of justice in the world. These documents teach cosmic retribution: righteousness leads to prosperity, and wickedness leads to suffering. The problem is that nobody is righteous, and everybody suffers because of the crimes they have committed. The solution to suffering is to accept the judgment of the gods. Mesopotamian discoursive literature bears some resemblance to Job and Ecclesiastes.

Ludlul bel Nemequi (“I will praise the Lord of wisdom”):

A monologue in which a Babylonian tells about how he encountered misery in his life and how Marduk eventually restored him.

“Sufferer to his friend: ‘Your opinion is like the north-wind, a pleasant breeze for everyone. Pure and choice is your advice. But I have one problem for you: those who neglect the god prosper, while those who devoutly pray become poor and weak.’”

“Friend to the sufferer: ‘When the great primeval, creator gods of the universe created humankind, they gave him twisted speech. They endowed them forever with lies and not the truth.’”

“Then Eliphaz the Temanite answered and said: . . . ‘For your iniquity teaches your mouth, and you choose the tongue of the crafty. Your own mouth condemns you, and not I; your own lips testify against you.’” – Job 15:5-6 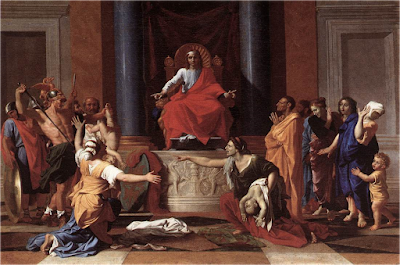 The term “wisdom literature” comes from Old Testament scholarship, not from the Ancient Near East. Scholars recognized a different genre in Scripture and discovered other Ancient Near Eastern texts that were similar. The Israelites borrowed and adapted the wisdom literature of other cultures. “Wisdom” in the Ancient Near East often carried a secular or magical connotation. “Wisdom” in the OT often carries a moral or religious connotation. Proverbs 1:7, for example, states, “The fear of the LORD is the beginning of knowledge; fools despise wisdom and instruction.”

There are various inflections of the word “wisdom” (hokmah) in the Old Testament. It represents both a way of thinking and a way of living. Four biblical nuances are:

1. Skill in craft as an artisan (e.g., workers in the Pentateuch, Hiram of Tyre, goldsmiths in Jeremiah)
2. Insight into life and life’s details (skill in thinking and in intellect)
3. Way of thinking and acting morally (social conduct, private conduct, practical wisdom)
4. Philosophical/theological view of life (higher, reflective wisdom)

The goal of biblical wisdom literature is to encourage people to think and behave in covenant ways. Wisdom literature emphasizes creation theology more than covenant theology to make it simple and universal. It is also oriented for individuals more than for communities.

The introduction the Book states its purpose and theme. The author of the book is introduced as “Solomon, Son of David, King of Israel. The Purposes of the Proverbs are given in a brief summary statement: Moral-To Bring Skill and Corrective Instruction, Mental-To Discern Sayings of Understanding

An expanded statement is then provided as well:

To receive: discipline, righteousness, judgment, equity
To give: prudence to the naïve, knowledge and discretion to young ones
To increase: in learning, in wise counsel
To understand: a proverb, a figure, sayings of the wise, riddles of the wise

We then come to the Prologue of the first section of the book which is set up as a father's exhortations to his son to embrace wisdom. The first section (chapters 1–9) consists of an initial invitation to young men to take up the course of wisdom, ten "instructions", and five poems on personified Woman Wisdom. The first unit, chapters 1–9, was probably the last to be composed, in the Persian or Hellenistic periods. The extended prologue begins with an appeal to heed Wisdom.

“My son, if sinful men entice you,
do not give in to them.

If they say, “Come along with us;
let’s lie in wait for innocent blood,
let’s ambush some harmless soul…”

“These men lie in wait for their own blood;
they ambush only themselves!”

On Wisdom's Invitation: Do Not Refuse the Invitation of Wisdom

“Out in the open wisdom calls aloud,
she raises her voice in the public square…”

“How long will you who are simple love your simple ways?”
“Repent at my rebuke!
Then I will pour out my thoughts to you,
I will make known to you my teachings.”

The Rejection of Wisdom:

“…since you disregard all my advice
and do not accept my rebuke,
I in turn will laugh when disaster strikes you…”

He then discussed the results of Wisdom… which are far better.

Lesson Two: A father urges his son to receive his sayings on wisdom resulting in protection through discernment.

First, The exhortations to Wisdom:

“My son, if you accept my words
and store up my commands within you…”

Then, The results of Wisdom--Protection through discernment.

Lesson Three: A Father urges his son to trust and honor God.

“Let love and faithfulness never leave you;
bind them around your neck,
write them on the tablet of your heart.”

“Trust in the Lord with all your heart
and lean not on your own understanding;
in all your ways submit to him,
and he will make your paths straight.”

Lesson Four: A Father urges his son to understand that wisdom will bring him blessing.

First, blessing will come through discipline.

“Blessed are those who find wisdom…”
“Long life is in her right hand;
in her left hand are riches and honor. Her ways are pleasant ways,
and all her paths are peace.
She is a tree of life to those who take hold of her;
those who hold her fast will be blessed.”

Lesson Five: A Father urges his son to be wise in his relationships with others.

The Book’s extended Prologue then comes to an Interlude… also on the theme of Wisdom: Here a Father urges his sons to acquire wisdom as their highest priority because it has proved itself to be good.

First, is A Father's Exhortation to pay attention to Wisdom.

Second, is A Father's Experience of the Good of Wisdom.

Third, is A Father's Encouragement to acquire, love and prize wisdom:

“The beginning of wisdom is this: Get wisdom.
Though it cost all you have, get understanding.
Cherish her, and she will exalt you;
embrace her, and she will honor you.
She will give you a garland to grace your head
and present you with a glorious crown.”

Lesson Six: A father urges his son to follow the right path of uprightness and to avoid the wrong path of the wicked.

First, is a Reminder of Past Guidance--The Right Path

“The path of the righteous is like the morning sun,
shining ever brighter till the full light of day.
But the way of the wicked is like deep darkness;
they do not know what makes them stumble.”

Lesson Seven: A father urges his son to discipline himself by watching his motives and actions.

First, is An Exhortation to Heed the Father's Words for Life and Health.

Lesson Eight: A father warns his son about the temptations and costs of sexual immorality with the adulteress.

“For the lips of the adulterous woman drip honey,
and her speech is smoother than oil; but in the end she is bitter as gall,
sharp as a double-edged sword. Her feet go down to death;
her steps lead straight to the grave. She gives no thought to the way of life;
her paths wander aimlessly, but she does not know it.”

“Keep to a path far from her,
do not go near the door of her house,
lest you lose your honor to others
and your dignity to one who is cruel…”

Lesson Nine: A father urges his son to enjoy his wife because of the consequences of doing evil.

First, he gives his Exhortation:

“Drink water from your own cistern,
running water from your own well.
Should your springs overflow in the streets,
your streams of water in the public squares?
Let them be yours alone,
never to be shared with strangers.
May your fountain be blessed,
and may you rejoice in the wife of your youth.
A loving doe, a graceful deer—
may her breasts satisfy you always,
may you ever be intoxicated with her love.
Why, my son, be intoxicated with another man’s wife?
Why embrace the bosom of a wayward woman?”

He then offers his Reasons:

"For your ways are in full view of the Lord,
and he examines all your paths."

Lesson Ten: A father urges his son to avoid the company of evil people like strangers in debt, sluggards, and worthless people.

“Go to the ant, you sluggard;
consider its ways and be wise!
It has no commander,
no overseer or ruler,
yet it stores its provisions in summer
and gathers its food at harvest.”

"How long will you lie there, you sluggard?
When will you get up from your sleep?
A little sleep, a little slumber,
a little folding of the hands to rest—
and poverty will come on you like a thief
and scarcity like an armed man.”

On the Worthless Person:

“There are six things the Lord hates,
seven that are detestable to him:
haughty eyes
a lying tongue
hands that shed innocent blood
a heart that devises wicked schemes
feet that are quick to rush into evil
a false witness who pours out lies
and a person who stirs up conflict in the community.” 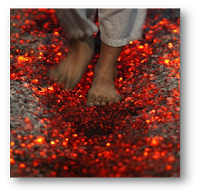 Lesson Eleven: A father urges his son to avoid the adulteress.

First, is an Exhortation to Heed Parents' Teachings.

The Reason—to provide Blessings and Protection from the Evil Woman.

“Can a man scoop fire into his lap
without his clothes being burned?
Can a man walk on hot coals
without his feet being scorched?
So is he who sleeps with another man’s wife;
no one who touches her will go unpunished.”

“For jealousy arouses a husband’s fury,
and he will show no mercy when he takes revenge.
He will not accept any compensation;
he will refuse a bribe, however great it is.”