READ IT! - Introduction to Proverbs 7-13

Lesson Twelve: A father urges his son to avoid the adulteress and to follow wisdom.

First, the Exhortation -- Heed Your Parents' Words to Identify with Wisdom to Keep from the flattering Adulteress.
Second, is the Dramatization of the Naive and the Adulteress.

First, he presents The Naivete of the Victim.
Then he offers A Description of the Adulteress, describing both her character and her tactics.
He then describes The Fall of the Victim, and offers his Concluding Plea.

“Do not let your heart turn to her ways
or stray into her paths."

And then he offers the Reason… Death.

"Many are the victims she has brought down;
her slain are a mighty throng.
Her house is a highway to the grave,
leading down to the chambers of death.” 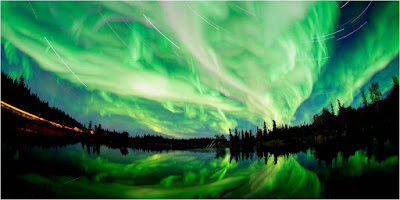 The father offers his conclusion… which is to Follow Wisdom’s invitation:

First, he discussed The Public Call of Wisdom. Then we hear The Words of Wisdom. Wisdom's Virtues are then presented:

“To you, O people, I call out;
I raise my voice to all mankind.”
Wisdom's Rewards are then discussed.

We then hear about Wisdom's Role in Creation:

“The Lord brought me forth as the first of his works,
before his deeds of old;
I was formed long ages ago,
at the very beginning, when the world came to be.
When there were no watery depths, I was given birth,
when there were no springs overflowing with water;
before the mountains were settled in place,
before the hills, I was given birth,
before he made the world or its fields
or any of the dust of the earth.
I was there when he set the heavens in place,
when he marked out the horizon on the face of the deep,
when he established the clouds above
and fixed securely the fountains of the deep,
when he gave the sea its boundary
so the waters would not overstep his command,
and when he marked out the foundations of the earth.
Then I was constantly at his side.
I was filled with delight day after day,
rejoicing always in his presence,
rejoicing in his whole world
and delighting in mankind.”

We then hear Wisdom's Concluding Plea -- Pursue Wisdom for Blessing and to Avoid Injury.

We then come to the Summary of the Lessons -- Contrasting Two Rival Women, Two Rival Minds, and Two Disparate Results.

First, The Woman of Wisdom: Wisdom like an honorable woman invites the naive to her feast of life.

On the Preparation for the Naïve:

“Wisdom has built her house;
she has set up its seven pillars.
She has prepared her meat and mixed her wine;
she has also set her table.
She has sent out her servants, and she calls
from the highest point of the city..."

Details of the Invitation:

"‘Let all who are simple come to my house!’
To those who have no sense she says,
‘Come, eat my food
and drink the wine I have mixed.
Leave your simple ways and you will live;
walk in the way of insight.’”

The Lesson’s example -- The Wise and The Scoffer Contrasted.

Summary: The wise man benefits from wisdom, but the scoffer can blame only himself.

On the Woman of Folly: Folly like an adulterous woman invites the naive to her feast of Death.

“Folly is an unruly woman;
she is simple and knows nothing."

On Her Position -- Religious:

"She sits at the door of her house,
on a seat at the highest point of the city..."

On Her Appeal to the Righteous:

"...calling out to those who pass by,
who go straight on their way..."

On Her Invitation to the Naïve:

"‘Let all who are simple come to my house!’
To those who have no sense she says..."

On Her Enticement -- Evil is Good

"‘Stolen water is sweet;
food eaten in secret is delicious!’"

"But little do they know that the dead are there,
that her guests are deep in the realm of the dead.”

After the extended Prologue, The second section of the Book is made up of the Proverbs of Solomon. The second unit, chapters 10–22:16, carries the superscription "the proverbs of Solomon", which may have encouraged its inclusion in the Hebrew canon. Proverbs 10:1–22:16 contains 375 sayings and consists of two parts.