READ IT! - Introduction to Jonah 1 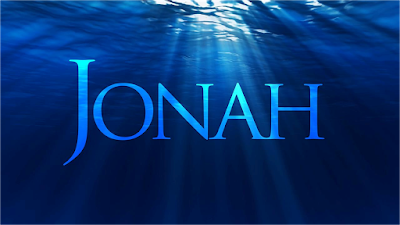 There is no reference in the Book of Jonah to any event that would help us know what particular time in history the story of Jonah took place, but according to 2nd Kings 14:25 the prophet Jonah lived during the reign of Jeroboam II of the Northern Kingdom of Israel. During the reign of Jeroboam II, there was a lot of political instability. This time period saw the assassinations of rulers and unpredictable foreign policy in Israel. During this time, Israel’s religion was corrupted through Baal worship and idolatry. They looked to Baal as the provider of agricultural productivity and flocks. They would partake in drunkenness, sexual orgies, and child sacrifice in order to benefit from Baal’s “procreative power.” Even Israel’s priests were promoting idolatry in the land.

The Book of Jonah

Jonah lived between 786 and 746 B.C. His reference in 2nd Kings 14:25, which helps to date his ministry. Jonah’s ministry was before the rise of Assyria later in the 8th century under the powerful Tiglath-Pileser III, however, the book was written sometime between 8th century and 3rd century B.C. – well after the life of Jonah. The Book of Jonah assumes Nineveh was a great and wicked city. Nineveh was the capital of Assyria and was destroyed by the Babylonians in 612 B.C. According to the Book, Jonah was sent to Nineveh by God.

The call and rebellion of Jonah

Israel was under threat from Assyria and its capital of Nineveh. Some theorize that Jonah’s flight is in response to “the specter of the potential destruction of the Northern Kingdom of Israel at the hands of Nineveh.” The Hebrews were God’s chosen people at the time and it was uncharacteristic of them to follow God’s command to bring in the other nations to Himself.

God tells Jonah to go to Nineveh and preach against the city because of its wickedness. But Jonah flees and goes in the opposite direction from Nineveh. He goes down to Joppa and boards a ship bound for Tarshish - modern day Spain - the edge of the known western world. He goes down below deck to sleep. God intervenes and sends a storm. The crew casts lots to see who is to blame and the lot fell to Jonah. The pagan sailors refuse Jonah’s request to throw him to the sea and instead try to row to land, but fail. Only when they submit to the will of God and throw Jonah overboard is the storm calm. The LORD provided a large fish to swallow up Jonah as he sank down to the depths.