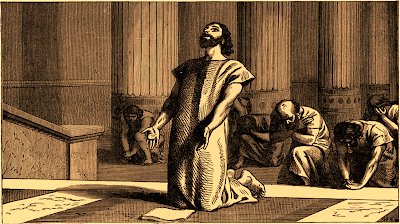 Joash ruled and did right while Jehoiada lived. The priests collected money to repair the temple. Joash was killed by his servants.

Amaziah ruled in Jerusalem. After he slaughtered the Edomites he bowed down to their gods. He challenged Jehoash and was defeated.

The people made Uzziah king. He did right and became powerful. But he went to burn incense on the altar and was struck with leprosy.

Jotham became king and did right in the sight of the LORD. He built fortresses in the hills and conquered the Ammonites.

Ahaz became king. He made idols, so the LORD gave him to Aram and Israel. He shut the LORD's temple and sacrificed to other gods.

Hezekiah became king and did right. He told the Levites to cleanse the temple. He assembled the officials and they made offerings.

Hezekiah sent couriers throughout Judah and Israel saying, "Return to the LORD." Many gathered in Jerusalem to celebrate Passover.