READ IT! - Introduction to Ephesians 1-2 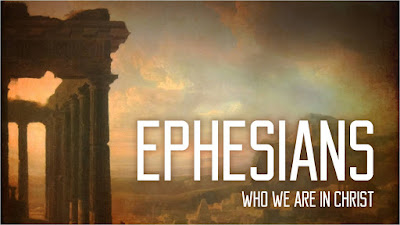 Who wrote the Letter?

So why was the phrase “to the church in Ephesus” added later?

Probably because the church in Ephesus was responsible for preserving the letter. Paul spent three years in Ephesus – longer than any of his other church plants – and the Ephesians were very close friends with him. This letter was one of the last to be written by Paul and they would have wanted to preserve the legacy of their founder.

Many scholars even think that Paul might not have written the entire letter on his own, but the Ephesians perhaps wrote down what Paul had taught them and preserved these teachings as a letter written on his behalf after he was executed by the Emperor Nero in Rome. However, by the late 2nd Century AD most church historians believed Ephesians was most likely written by Paul to the church at Ephesus while he was imprisoned in Rome.

Who were the Ephesians?

The Book of Acts says that at the beginning of his third missionary journey, Paul stopped in Ephesus and found twelve disciples of John the Baptist who had apparently missed the part of his message about the baptism of the Holy Spirit and had only heard the part about the water baptism of repentance. Paul reminded them of John’s words about the one who would come after him – Jesus – and the disciples believed and received the Holy Spirit when Paul placed his hands on them.

After nearly three years of training his disciples and teaching in the synagogues and outdoors in the lecture hall, Paul decided he was going to go back up to Jerusalem. Around that time, a guy named Demetrius who crafted and sold idols in the city stirred up all the other craftsmen against Paul because the people weren’t buying their idols anymore. Soon the whole city was in an uproar. Paul wanted to appear before the crowd, but the disciples wouldn’t let him. Eventually, the city clerk calmed the crowd down by telling them that they didn’t need to fight for their goddess – Artemis – because she could defend herself. The Christians were not a threat.

After this, Paul ended up leaving Ephesus and traveling around to places like Macedonia and Troas. On his way back to Jerusalem, he met with his Ephesian disciples once again to say his good-byes. He blessed them and warned them to be on their guard against false teachers who would try to take over their group. And they wept because they knew they would never see him again.

The letter opens with a claim that it is written by Paul, and it is addressed to the “faithful.” A blessing of grace and peace offered.

Paul first discussed the unity of the church positionally, and he offers his theological preface: Why God is blessed and should be praised.

He first discusses how the Father elected believers in eternity past. He praises God for giving us spiritual blessing in Christ. He says that he chose us before word’s creation to be holy, and he predestined us to be his adopted children through Christ and freely gave us grace in Jesus.

Paul then discusses how the Son redeemed believers in the historical past. He says that Jesus’ blood redeems and forgives us, and that God’s mystery has been revealed to us in Christ and will one day reach its fulfillment when all of heaven and earth are united under Christ. He says that we were chosen beforehand to be the first to put our hope in Christ.

Paul then offers a prayer for knowledge, attempting to relate the Church’s positional unity.

“Ever since I heard about your faith and love, I always thank God for you and pray for you”

He prays that they’ll get the Spirit of wisdom and revelation to know God better, and that the eyes of their hearts may be enlightened in order that they may know the hope to which he has called them, the riches of his glorious inheritance in his holy people, and his incomparably great power for those who believe. He says that this power is the same as “when he raised Christ from the dead, when he seated him at his right hand in the heavenly realms, when he placed him above all rulers and powers and every famous name in the present and the future, when he placed all things under his feet, and when he appointed him as head of the church, which is his body, and is the fullness of him who fills everything in every way.”

He then discusses the individual believer’s present state. He says, “God made us alive in Christ when we were dead in sin because of his great love and mercy. He raised us with Christ and gave us a seat with him in the heavenly realms. He did this so that in the coming ages he might show his rich grace through his kindness in Jesus. You are saved by grace through faith. It’s a gift from God, not something you earned to boast about. We are God’s handiwork. He created us in Christ to do good works that he prepared in advance for us.”

Paul then discusses horizontal (Jew to Gentile) and corporate reconciliation. First, he discusses the Gentiles’ former state… isolation. He says, “You who are Gentiles used to be separated from Christ and called ‘uncircumcised’ by Israel and ‘foreigners’ of the Covenant, but now in Jesus you have been brought nearby his blood.”

He described the Gentile believers’ present state as incorporation into a new spiritual community. And he describes the peace which Christ accomplished in his death. He says, “Jesus is our peace, making the two groups one. He has destroyed barriers of hostility by using his own flesh to set aside the Law. His purpose was to create in himself one new humanity out of the two, making peace. He reconciled in one body groups through the cross. The cross puts hostility to death. He came and preached peace to those far and near and gave access to the Father to both groups by one Spirit.”

Paul then discusses the foundation which Christ laid through his apostles. He says, “Because of all this, you are no longer strangers but citizens and members of God’s household. This house was built on the foundation of the apostles and prophets with Jesus as the chief cornerstone that holds the whole building together and turns it into a temple in which God lives by his Spirit.”