READ IT! - Introduction to Paul’s Letter to the Philippians 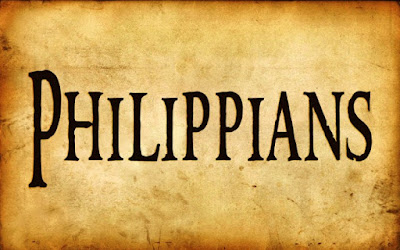 Introduction to Paul’s Letter to the Philippians

Congregation at Philippi in northeastern Greece

Date and place of composition

The introduction of the letter begins with a salutation, claiming that the letter is written by Paul and Timothy to “all God’s holy people in Christ Jesus at Philippi, together with the overseers and deacons.” A blessing of grace and peace is given.

A thanksgiving and prayer is then given. Paul says that he thanks God when he remembers the Philippians and he prays for them with joy because of their long-standing partnership in the gospel. He says he’s confident that God will complete the good work he started in them until the day of Christ Jesus. Paul says he has them in his heart and they share God’s grace together in spite of his chains

May your love may abound more and more in knowledge and depth of insight, so that you may be able to discern what is best and may be pure and blameless for the day of Christ, filled with the fruit of righteousness that comes through Jesus Christ—to the glory and praise of God.

Paul then discussed his own circumstances and offers encouragement for the church. Paul talks about his attitude towards his circumstances, saying that his troubles have served to advance the gospel and that the entire palace guard now knows that he is in chains for Christ, and that because of this the brothers and sisters in Christ have grown confident to proclaim the gospel.

Paul then says that some people preach the gospel out of envy and rivalry in order to try and cause trouble for Paul while he’s in chains, but that others do so out of goodwill and love. And he adds that what matters is that Christ is preached period.

Paul rejoices because he knows that because of the Philippians prayers and the power of the Spirit of Jesus what has happened to him will lead to his deliverance. He hopes that he will not be ashamed but have courage so that Christ will be exalted in his body in either life or death, saying, “For to me, to live is Christ and to die is gain.” He says it’s good to live because he will keep working… but dying is better because he will be with Christ. But he adds that he hopes to stay alive so that he can encourage the believers.

He then says that whatever happens they should conduct themselves in a manner worthy of the gospel of Christ. He’s not sure if he will ever see them again, but he knows that they stand firm in the one Spirit and are not frightened by opposition. Their courage is a sign that their enemies will be destroyed. He says it’s been granted to them to not only believe in Christ but also to suffer for him as Paul has.

Paul then discusses the topics of humility and obedience. He says that if they are united with Christ then they should be united with each other, sharing the same Spirit in love and compassion. He says not to be selfish or vain but humble, looking out for others’ interests as much as their own. He points to the example of Christ’s humility. He tells them that in their relationships with one another, they should have the same mindset as Christ Jesus, and he sings about Jesus:

Who, being in very nature God,
did not consider equality with God something to be used to his own advantage;
rather, he made himself nothing
by taking the very nature of a servant,
being made in human likeness.
And being found in appearance as a man,
he humbled himself
by becoming obedient to death—
even death on a cross!
–Therefore God exalted him to the highest place
and gave him the name that is above every name,
that at the name of Jesus every knee should bow,
in heaven and on earth and under the earth,
and every tongue acknowledge that Jesus Christ is Lord,
to the glory of God the Father.

He calls for them to continue to work out their salvation in fear and trembling through God who works in them – not only when Paul is there but also when he’s gone. He says to do everything without grumbling or arguing, so that they may become blameless and pure, “children of God without fault in a warped and crooked generation” so that they will shine among them like stars in the sky as they hold firmly to the word of life. He says if they do this he will be able to boast about them on the day of Christ. He knows that he didn’t run the race in vain, even if he is poured out like drink offering in sacrifice, and so he rejoices with them.

Paul says that he hopes to send Timothy to them soon so that he can report back good news. He says that Timothy is unique in his genuine concern for their welfare. He says that people tend to worry about their own issues, but not Timothy – he has proved himself, working for the gospel as though he were Paul’s own son.

Paul then says he also plans to send back a man from among them named Epaphroditus who had worked for Paul. Epaphroditus wanted to return to Philippi because he missed them and he knew they were worried about him because he almost died from an illness. Paul says God spared him from death and saved Paul from yet another sorrow, and so he wants to send him back quickly in order to ease relations between all parties. He adds that they should honor Epaphroditus because he risked his life to make up for the help that the Philippians themselves could not provide.

Paul then gives warnings against the false teaching of the Judaizers and to steer clear of their legalism. First, Paul says to rejoice in the Lord. Then he says to watch out for “those dogs, those evildoers, those mutilators of the flesh.”

Paul’s solution is that they follow his own example. Paul says that it is the Church that is the true “circumcision” … “we who serve God by his Spirit, who boast in Christ Jesus, and who put no confidence in the flesh.” Paul adds that if anyone has a reason to put confidence in the “flesh” it is him… but he doesn’t.

He then lays out his Jewish credentials:

Circumcised on the eighth day
of the people of Israel
of the tribe of Benjamin
a Hebrew of Hebrews
in regard to the law, a Pharisee
as for zeal, persecuting the church
as for righteousness based on the law, faultless

But he says that whatever he gained back then he now considers loss for the sake of Christ. He says, “I consider everything a loss because of the surpassing worth of knowing Christ Jesus my Lord, for whose sake I have lost all things. I consider them garbage (Greek word here is stronger than “crap” but less vulgar than “s***”), that I may gain Christ and be found in him…”

He says his righteousness come from faith in Christ and is not from his own work at rule-following. He says, “I want to know Christ—yes, to know the power of his resurrection and participation in his sufferings, becoming like him in his death, and so, somehow, attaining to the resurrection from the dead.” He says he hasn’t attained all of this yet, but that he strives to move forward in Christ rather than backward. He calls them to live up to what they have already attained, following his example.

He also says he weeps over those who are enemies of the cross of Christ, whose destiny is destruction, whose god is their stomach, and whose glory is their shame. In contrast to this earthly thinking, we are citizens of heaven and we eagerly wait Jesus’ return when he will bring everything under his control and will transform our lowly bodies so that they will be like his glorious body. He tells them to stand firm in light of this.

Paul then gives his final exhortations. He first addresses some disputes. He begs two women named Euodia and Syntyche to “be of the same mind in the Lord.” He asks for assistance with these women because they have worked for the Gospel along with Clement and others “whose names are in the book of life.”

He talks about the topics of joy and prayer. He says, “Rejoice in the Lord always. I will say it again: Rejoice! Let your gentleness be evident to all. The Lord is near. Do not be anxious about anything, but in every situation, by prayer and petition, with thanksgiving, present your requests to God. And the peace of God, which transcends all understanding, will guard your hearts and your minds in Christ Jesus.”

And he adds, “Whatever you have learned or received or heard from me, or seen in me—put it into practice. And the God of peace will be with you.”

Paul says he is happy that the Philippians have renewed their concern for him, and he adds that they must have always been concerned but were not able to show it. He adds that he doesn’t need anything from them – he is content in any circumstance, knowing what it’s like to be in need and to have plenty, to be hungry and to be well-fed, because he can do all things through him who gives him strength.

Paul thanks the Philippians for sharing in his troubles and for their donations, for no other church has donated since he left Macedonia. He adds that they donated multiple times when he was struggling is Thessalonica. He says he is not asking for more gifts, but rather he wants them to receive credit. He says he has more than enough in the gifts they sent with Epaphroditus to him.

He concludes, “They are a fragrant offering, an acceptable sacrifice, pleasing to God. And my God will meet all your needs according to the riches of his glory in Christ Jesus. To our God and Father be glory for ever and ever. Amen.”

He then gives his final greetings and closing:

Greet all God’s people in Christ Jesus.
The brothers and sisters who are with me send greetings.
All God’s people here send you greetings, especially those who belong to Caesar’s household.
The grace of the Lord Jesus Christ be with your spirit. Amen.